Volunteers in the Spotlight: David

Posted on June 17, 2015 by Community Cats Network | Leave a comment

We have asked our volunteers to tell us a bit about their experience of volunteering with CCN: what is their motivation, what they do and whether they find it rewarding.

Here is what David has to say…

I have been a cat owner and lover since the age of 12 and to date have had 5 different pet cats (Sparky, Fergie, Kiko, Smudge and Sooty), all with their own unique personalities. Smudge and Sooty (pictured) were my most recent recruits, coming from a loving country house on the border between South Tipperary and Kilkenny in 2012. Smudge was initially a lone pet, but we decided to get her a partner in Sooty, and after a short time Smudge accepted her and they became inseparable (One of Smudges sibling’s was also Sooty’s mother so maybe they sensed the family bond). Unfortunately life threw up a tragic path for Sooty as she became seriously ill in 2014 with the rare disease Primary Immune Mediated Hemolytic Anaemia. She fought the disease admirably for some time but eventually her condition and quality of life deteriorated to the extent that we had to let her slip away. I, personally will never forget the bond that I had with Sooty, and even on her sickest days she still had so much love to give. Also, to see how Smudge very obviously grieved for her when we lost her reiterated to me the affection that cats have for both their owners and their feline companions. This, I think is often lost on many people who view cats as being selfish animals devoid of emotions.

I had heard about CCN through a friend, and did some research into what they did. I had always had an interest in animal charity work, and did some fundraising work for the marine conservation charity Sea Shepherd Ireland previously, but had never really had the free time to commit to it, and donating clothes to the various animal charity shops was my way of contributing because of that. As is often the case in life in many ways, it took the tragedy of losing Sooty to kick start my interest in working with CCN. I had witnessed at close quarters the love that my cats had to give on a daily basis, and also the health and behavioural changes in Sooty during her illness, which were remarkable. Initially she had hidden the extent of her condition so well (a common ability in cats) that she was almost on deaths door when it got bad enough to rush her to the vet.  It is now clear to me that there are cats being neglected and suffering in this manner, in addition to losing their lives needlessly every day simply due to the issue of overbreeding and a lack of food and healthcare. These cats are born into this existence through no fault of their own, without the care of a loving home, and they deserve the care and protection of their communities, just as their domestic cats enjoy.

I was successful in gaining the newsletter editor and writer role with CCN in March 2015. I believe that the camera lens is one of the most powerful weapons in the modern world, and many animal welfare organisations have made significant strides due to getting their stories across into the media and the public’s consciousness. Since I joined CCN, I have been extremely impressed with the stories which I have read of their Trap, Neuter and Return (TNR) work, which keeps the cat populations under control. These are always accompanied by a set of informative photographs which provide the reader with a clear idea of the dedication, patience and care which is needed to complete these projects. It is great to see people give up their own time to travel around (sometimes to several counties) with the sole aim of reducing the suffering and improving the health of Ireland’s feral cats. I am delighted to get the chance to put these stories in writing to educate the public on the overbreeding issue, and the potential solution which is available to them through TNR. To date, I have found it both interesting and rewarding to work on the first newsletter and Emilie has been very helpful at all times. I look forward to contributing more in the coming year and I would recommend CCN to anyone thinking about volunteering. “RIP Sooty. Gone but never forgotten” 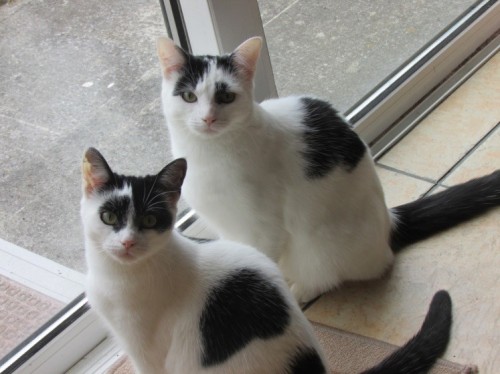 There are many ways to volunteer and support us to help the cats.  For more information, visit our volunteering page.  You can also join our “Helping Hands” Facebook group to keep updated of our various appeals.

This entry was posted in from volunteers, Testimonials and tagged cat welfare, Education, Feral cats, Newsletter, Volunteering. Bookmark the permalink.